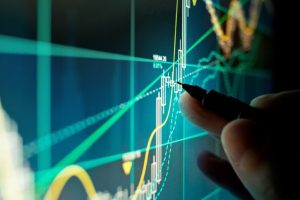 In our previous instalment we looked at how the European Commission’s proposal for a Digital Services Act (‘DSA’) is set to transform online platforms and how they interact with businesses and consumers. The DSA will not be a silo-based piece of legislation but is, rather, part and parcel of  a wider legislative package which will be complimented by the Commission’s proposal for a regulation on contestable and fair markets in the digital sector, referred to as the Digital Markets Act (‘DMA’), the salient aspects of which will be evaluated hereunder.

At the gates of the gatekeepers: regulating the core market players

The proposed DMA will lay down harmonised rules for the application of EU competition law to platforms acting as ‘gatekeepers’ between business users and their consumers in the digital sector. The proposal was published in December 2020 simultaneously with the DSA, which has a wider scope of application owing to the fact that it applies to all digital service provider platforms that connect consumers to goods, services, or content and will, if adopted, introduce new obligations on matters relating to illegal content, transparency and traceability of business users.

The DMA is expected to be limited in its application to providers of ‘core platforms services’. In particular, this category will include large online platforms, such as search engines, interpersonal communication services, video-sharing platforms, social networking services, operating systems and online intermediation services.

The European Commission has acknowledged that some providers of core platform services will be considered ‘gatekeepers’ if they have more than 45 million monthly active end-users established or located in the EU and only if they satisfy the following cumulative criteria:

GAFA and the modern digital environment

With the pace and depth of technological advancements, shifts in consumer preferences and new operational models deployed by businesses, EU legislators and observers have described traditional competition legislation as being unable to effectively address the new dimensions in the fast-evolving digital sector in which a limited number of companies emerge and dominate the market. Although more than 10,000 online enterprises are operating in the EU, the market is top-heavy, with  only a small cohort of big platforms capturing the majority of the market value. The most influential amongst them are the big four companies: Google, Apple, Facebook and Amazon – otherwise known as ‘GAFA’.

The proposed DMA’s primary focus is on addressing the behaviour of the most prominent digital platforms (the core platform services providers), which have been seen in negative light owing to widespread practices concerning unfair contract terms for business users, engaging in anti-competitive use of third-party data, or manipulation of search rankings.

In this context, the DMA will establish harmonised rules defining and prohibiting certain unfair practices by gatekeeper platforms. In particular:

The adoption of the DMA proposal is a milestone in the process of regulating the behaviour of core platforms, acting as gatekeepers in the digital space. With discussions at European Commission and European Parliament level ongoing in accordance with the ordinary EU legislative procedure, and with the average timeline for approval of legislation being 18 months, we are still at least a year away from seeing the final form of DMA being adopted and implemented across the EU. Legislation with such a profound impact on the EU’s digital economy will likely undergo series of amendments until it is entered into force and its future impact on the internal market is assessed.

For further information on the implications of the EU’s proposed Digital Services Act and how it may impact you, please do not hesitate to contact us at [email protected]