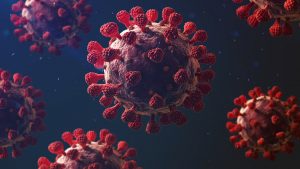 As  per a report delivered to social partners late July, wage supplements for businesses affected by Covid-19 would be decreased between August and December. The government intends to reduce certain supplements by up to a third in two periods, commencing on the 1st of August and continuing until the end of the year. Businesses who have been impacted the hardest will continue to obtain the highest level of assistance, that of €800 per employee. Throughout a private session with the Government on the 27th of July, the tapering off plan was put forward to the Malta Council for Economic and Social Development.

The Covid-19 wage supplement was initially implemented by the government in March 2020 in an effort to prevent widespread layoffs from businesses that came to a halt during the pandemic’s peak. The initiative, which was implemented following the required closure of non-essential businesses, is believed to have valued roughly €44 million per month, and the government claims that such has led to the preservation of a number of jobs across the economy.

How will the different supplements be tapered?

Companies who were severely hit by the pandemic, that is, those which had 55% or more decline in sales, will continue to earn the full €800 wage supplement per employee for the near future. Nevertheless, commencing within August, the four other types of businesses will begin to acquire less state assistance.

Businesses declaring a 10% to 20% reduction in sales were obtaining €160 per employee under the scheme, though such has been mitigated to €100 within August. In October, the amount has been reduced to €50 until the end of 2021.

Employers that have lost between 25% and 34% of their profits were acquiring €320 per employee. In August, such was reduced to €200, and later on, within October, it has been further reduced to €100.

Businesses who allege a profit drop of 35% to 44%, were acquiring €480 per employee in assistance. Nevertheless, such has been reduced to €290 within August and later on to €145 within October.

Businesses that witnessed a 45% to 54% reduction have viewed their contribution being reduced from €640 per employee to €510, and eventually to €250.